The Renzoku Jiu-Jitsu Black Belt Home Study Course was created in 1993 by John Cozatt. The course consists of 7 belt levels on 7 DVD's to first degree Black Belt ( Shodan ). There are 70 base techniques ( situational), as well as 1 or 2 throwing techniques per belt level. The material is discussed in English, however when Japanese terminology is used, the English translation is also used. There is also an Advanced Rank RJJ tape available, it adds 15 additional techniques to your Jiu-Jitsu arsenal.

Renzoku combines traditional Japanese Ju-Jitsu with some of the more effective ground fighting strategies made so popular by the Brazillians , you may flow from one technique to another , or part of another in a continuous motion. It is an excellent add on program for existing instructors, as well as those new to the arts. Train and test from your own home or dojo, or call Shintai Ryu to test in person.

John Cozatt began his Martial Arts training at age 11 with James McGlucas, a Black Belt in Judo. John presently teaches  from his school in the West Virginia mountains. Soke is the founder of the Rjj System, SRMAA, IRJJA & IBBA.

rankings in Aiki Ju-Jitsu, Goshin Ryu Ju-Jitsu, Judo, and Kenpo, he also holds Kyu rank in Yoshitsune Ju-Jitsu and a Brown Sash in Pai Lum Kung Fu. John was honored  by the EUSA International Black Belt Hall of Fame in the year 2000 in honor of the Renzoku Jiu-Jitsu system. 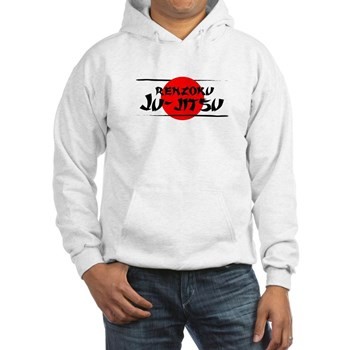 I received the Renzoku Jiu jitsu DVDs in the mail today and I just wanted to say that hands down this is honestly one of the best Jujitsu home study courses I have ever seen. The instructor actually breaks down the techniques and gives the finer points of each movement which is something that most videos I've seen tend to forget. I purchased the DVDs because I teach Gung Fu (Kung fu,)I have formal training in jujitsu and have integrated much of it into my program but i was looking to add more and maybe even offer a separate class in the art but after watching the first 2 DVDs I can say the idea of offering a jujitsu class at my school became even more appealing. I look forward to earning my black belt in this course and I would recommend it to a friend or anyone else interested in Japanese/ American jujitsu.

​NOT​​E: If you're main interest is competition with submissions, you may start with our Renzoku Jiu-Jitsu Submissions Library. You can also earn your Black Belt ranking with that, 5 DVD's to 1st Black. Go to RJJ Submission page.DVD